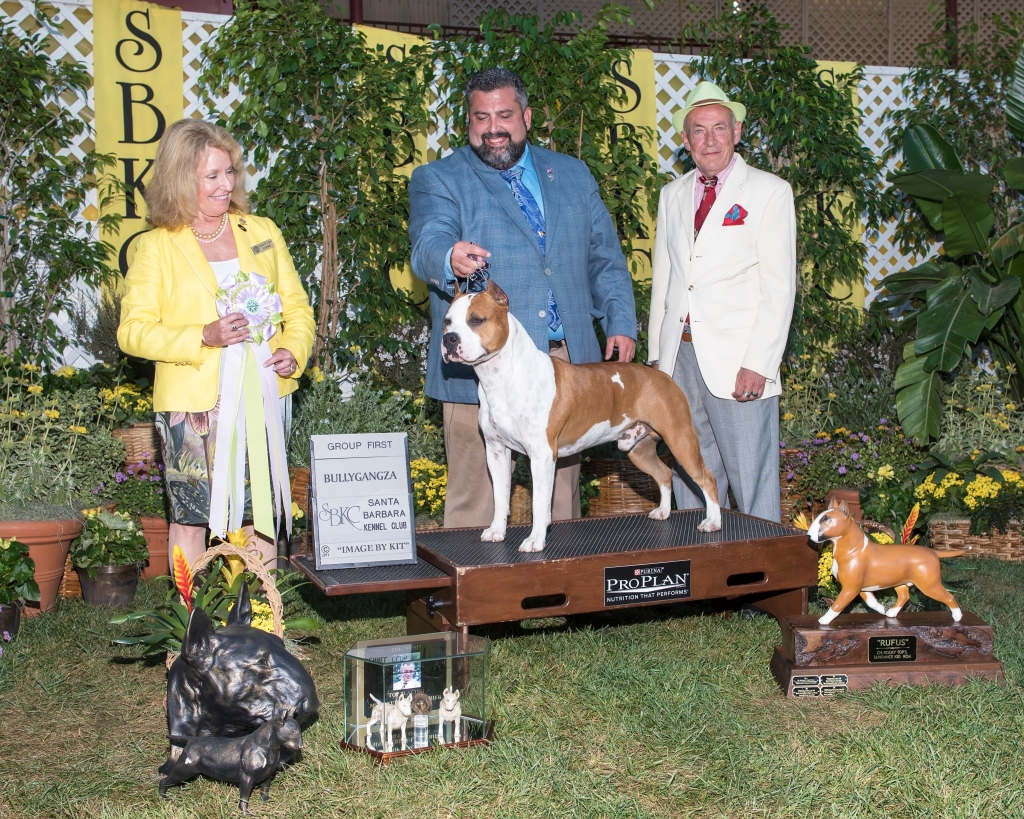 All Best of Breed, Best of Winners and Best of Opposite Sex winners at the Santa Barbara Kennel Club will be eligible.

All Best of Breed, Best of Winners, Best of Opposite Sex and Select Dog and Bitch winners from the concurrent specialties of American Staffordshire Terriers, Bull Terriers, Miniature Bull Terriers and French Bulldogs will be eligible.

These winners will compete together in a single class which comprises the “Bullyganza”.
Owners and handlers of these dogs should check with the Superintendent for information about the time and location of judging on Sunday.

The Raymond H. Oppenheimer and William Kendrick Challenge Trophy – an antique Sterling Silver Cigar Box is offered by Desmond J. Murphy – to be won three times by the winning breeder(s) of the Bullygangza.

Ch. Rocky Top’s Sundance Kid, known worldwide as “Rufus”, is depicted in a wood carving 9” at the withers by renowned artist Linda Lethin. This award is for the breeder of the highest placing Bull Terrier competing in Bullygangza. It will remain on permanent display by Bullygangza. A medallion will be given outright to the winning breeder to commemorate the win.

The Bullygangza offers a statue of a male and female French Bulldog, both standing created by the artist Diego Bermudez Aguilar of Spain. It will be awarded to the breeder of the highest placing French Bulldog in the Bullygangza competiton who wins it three times not necessarily with the same dog.